IaaS vs PaaS vs SaaS 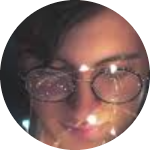 Whether you’re running a small company or an international organization with thousands of servers to manage, there’s a cloud computing service for you. For many businesses, the primary reason to adopt new technology is to reduce costs and get more done with fewer servers. However, as more and more businesses adopt the cloud, companies begin to realize there are other benefits as well. Not all of these benefits involve increased up-front cost or infrastructure requirements — some of them rely on the fact that every business has its own unique set of needs. But what if you didn’t know exactly which service would meet your company's needs? What if you had no idea whether your current setup was suitable for running a production server farm or an email service provider?

If that describes you, then the concept of cloud computing services might have piqued your interest. After all, who wouldn’t want to run their business from the same source code, store important data in the same online storage options, and access resources from the same place?

PaaS stands for Platform as a Service. It is a type of software that allows you to build, run, and manage applications. The most common type of PaaS is a cloud-based platform that you can use to build, run, and manage applications. PaaS is different from SaaS (Software as a Service) because it allows you to build and run applications without having to pay for them. PaaS is a great way to get started building applications. It can be used to build web applications, mobile apps, or even desktop apps. PaaS is great for developers because it allows them to focus on building the application instead of worrying about infrastructure. It also makes it easier for developers to scale their applications because they don’t have to worry about maintaining multiple servers or databases. PaaS can also be used by businesses who want to quickly build and deploy their applications. PaaS can be used to quickly deploy applications that are already developed or those that need minimal development work.

SaaS stands for software as a service. This is a type of software that is delivered to customers as a software application or service. The software is installed on customers’ computers and is accessible from anywhere. In contrast to traditional software, SaaS does not require customers to buy a license or pay for upgrades. Instead, customers pay for the software on a monthly basis and receive updates and support from the company. SaaS can be used to run any type of business that requires software. For example, SaaS can be used to run a website, a mobile app, or even an online store. The key difference between SaaS and other types of software is that SaaS is delivered as a software application or service. This means that customers do not need to buy a license or upgrade their computers. Instead, customers pay monthly fees for access to the software.

Iaas vs Saas vs Paas:

Read more about the detailed comparison between Iaas, Paas and Saas on Interviewbit.