Differences between repartition() and coalesce() Functions in Spark 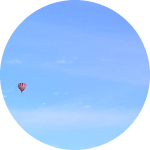 As the word coalesce suggests, function coalesce is used to merge thing together or to come together and form a g group or a single unit.

Parameter numPartitions is used to specify the new partition number. It returns a DataFrame with exactly numPartitions partitions. This function is commonly used to reduce partitions number of a dataframe.

The following example reduces the partitions number of DataFrame to 100.

Function repartition can also be used to repartition a dataframe with more options available. The following is the function syntax:

The following example repartitions the dataframe to 100 partitions.

Default Spark hash partitioning function will be used to repartition the dataframe.

Another example is to specify both parameters:

The above example will repartition the dataframe to 100 partitions with column "Name" used as hash partitioning key.

From Spark 2.4.0, a new function named repartitionByRange is added. The syntax is like the following:

This function is very similar as repartition function. However the returned dataframe is range partitioned instead of hash partitioned.

For example, the following code snippet repartition the dataframe to 100 ranges based on column Population:

This function uses Spark range partitioner which partitions sortable records by range into roughly equal ranges.  Data sampling will be used to create ranges, which can result inconsistent results from different runs. Refer to RangePartitioner (Spark 2.3.0 JavaDoc) (apache.org) for more details about this range partitioner.

If the purpose is to reduce partition size to a smaller number without involving partitioning by dataframe column(s), I recommend using coalesce function to get potential better performance.

Subscribe to Kontext newsletter to get updates about data analytics, programming and cloud related articles. You can unsubscribe at anytime.