Data warehouse plays a crucial role in BI and data analytics as consolidated data from multiple data sources. Kimball's and Inmon's approaches are widely used to build data warehouses. However, it can be cumbersome and risky to refactor the dimensional models every time the business requirement changes. And this is where Data Vault comes in handy. Created by Dan Linstedt in 2001, the data vault approach combines the advantages of 3NF and dimensional modellings to provide a robust solution to the business requirement changes.

The data vaults is mainly consisted of three core components. 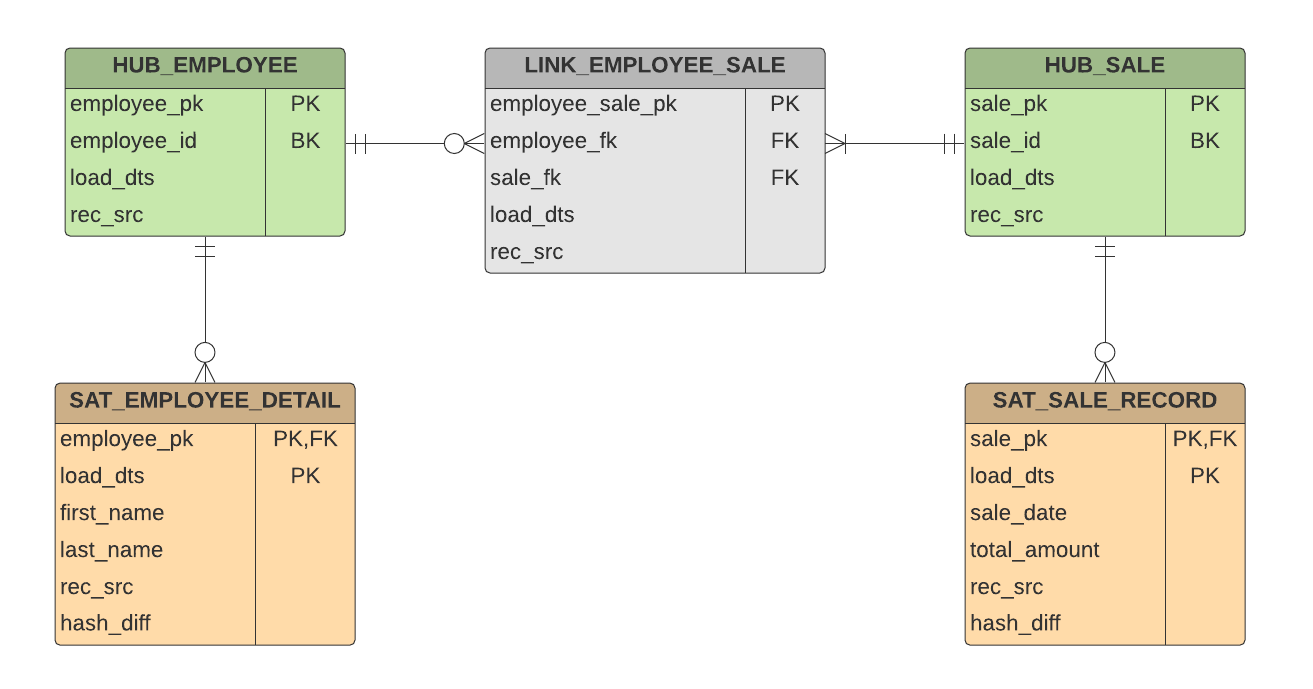 As of the data vault 2.0, the hash key is used over the sequence key due to the following reasons:

However, one should be wary of the possible hash collision depending on the hash function being used. The hub holds the load date time to represent the first date and time the business key was discovered. And the source of the business key is recorded.

Link tables (also defined as transaction, hierarchy or relationship) act as a linkage between two or more hubs' business keys. The link contains the primary keys of the connecting hubs as the foreign keys. And the link's primary key is generated by combining its foreign keys, typically with a delimiter. A surrogate key may be used if the primary key is too large. The link also contains the first load datetime and the record source for the transaction.

Satellite tables hold descriptive attributes to the hub or the link. They are time-dimensional table that captures historical changes. Each statellite can only have one parent (hub/link) table, and can never be snowflaked. The satellite contains the primary key of the parent and the load datetime. The parent primary key and the load datetime are used as a composite primary key to keep a track of data over time. The source of the record is also tracked. And most importantly, the satellite contains descriptive elements of the hub or the link.
The hash difference column may be used to speed up the Change Data Capture process. This column would contain a calculated hash on the combined descriptive elements. And this would be compared against the hash of the inbound data to decide whether to insert the inbound data or do nothing.
Note that load end datetime is not permitted under the data vault 2.0 standards to prevent physical update of the table.

data-engineering data-modelling data-warehousing
info Last modified by Travis 2 months ago copyright The content on this page is licensed under CC-BY-SA-4.0.