Jupyter notebook service can be started in most of operating system. In the system where Hadoop clients are available, you can also easily ingest data into HDFS (Hadoop Distributed File System) using HDFS CLIs.

*Python 3 Kernel is used in the following examples.

The following command shows how to list files in HDFS.

HDFS copyFromLocal option can be used to copy file from local to HDFS. You can also use Python variables in the commands. 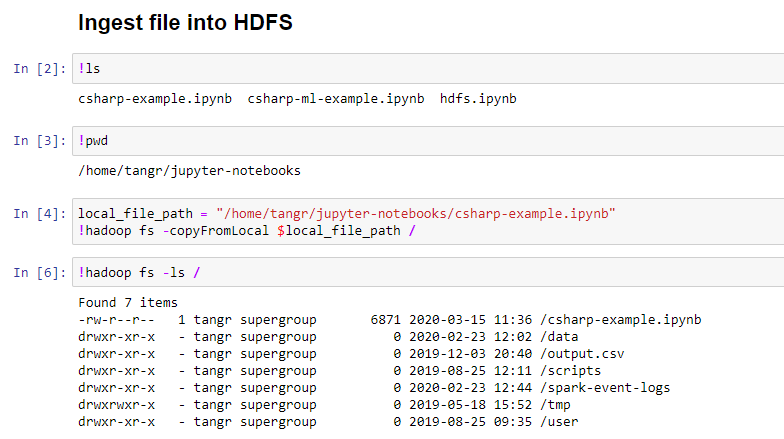 You can also use other commands in Jupyter notebook. For example, download HDFS file into local storage and then parse or read the file using native functions.

jupyter-notebook hdfs
copyright This page is subject to Site terms.

Load Data into HDFS from SQL Server via Sqoop